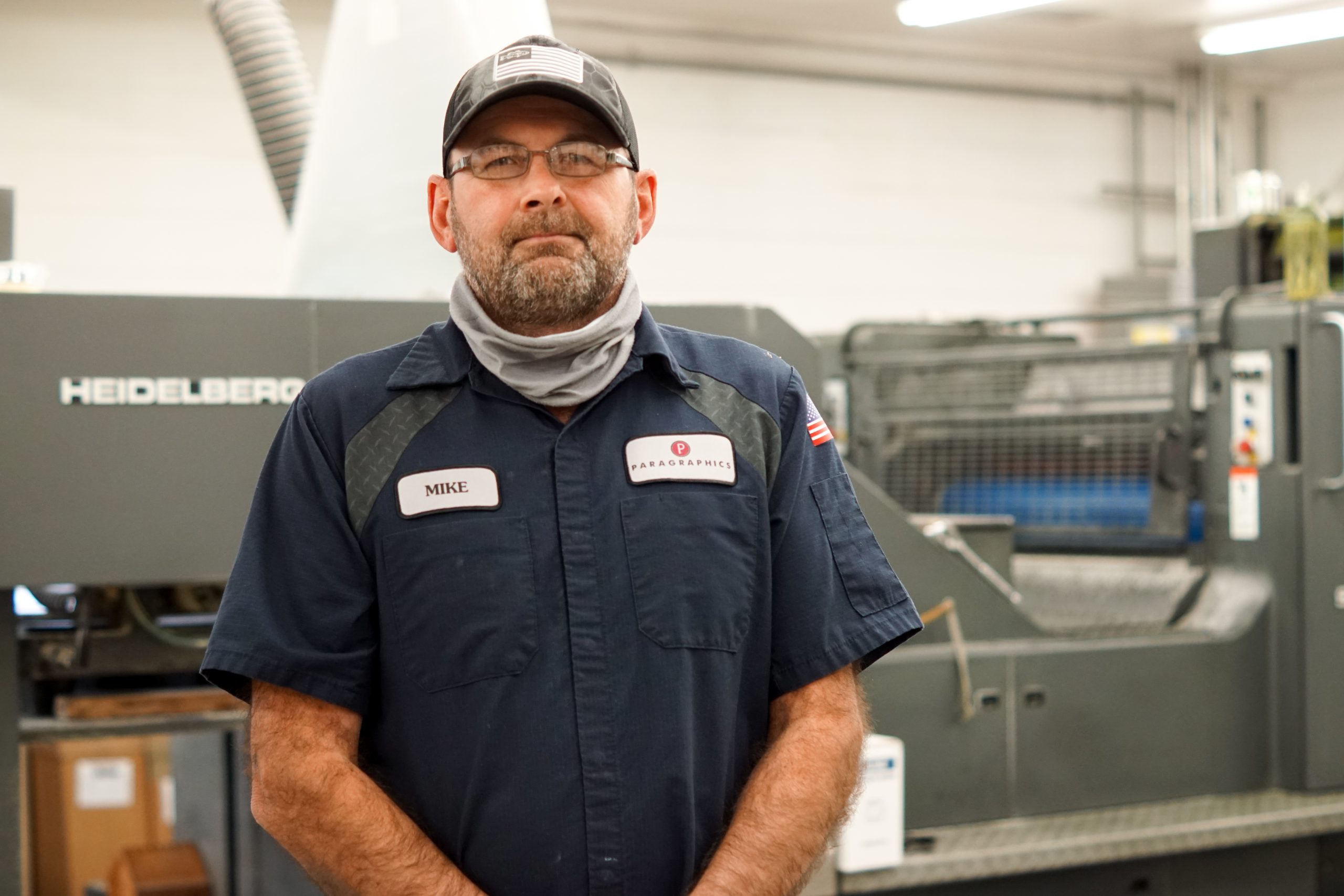 Pets: Izzy and Soche. (According to Mike, they’re #%@- Chihuahuas.)

Nicknames: Hasn’t earned one yet…

Start Date: September 9, 2019, but has been operating presses for over 30 years.

Favorite Food: Surf & Turf, which he makes himself.

Favorite Restaurant: Brown Derby, because there’s no waiting. I wonder if that’s why he’s the only person I ever heard say Brown Derby is his/her favorite restaurant?

Favorite Songs to Sing: Showtunes. Any and all showtunes.

Dream Vacation: A fall foliage trip through Maine. Actually, sounds nice. I hope you make it Mike.  He’s already been to Hawaii twice!

Something About Mike You May Find Surprising:   Nothing. There is nothing surprising about Mike, and he’s not ashamed to say it.  I wonder if he just says that, but in reality, he’s an international man of mystery, or a super hero or something? Regardless, we’re glad to have him!