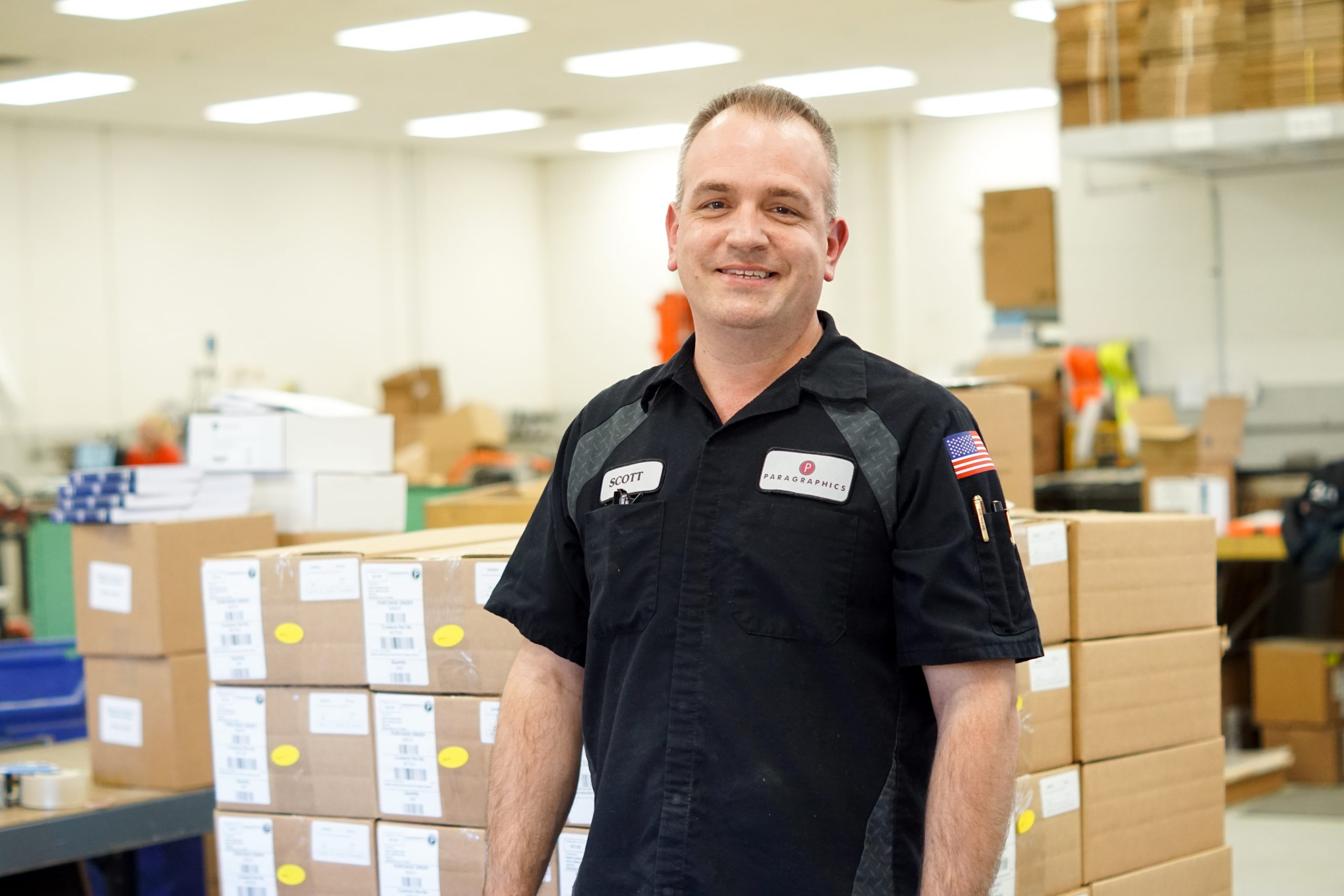 Nicknames: Hey Scott….not to be confused with “Hey you”

College: IPFW – I thought it was a trade union at first, but it stands for Indiana University Purdue University at Fort Wayne.

Hobby:  Drawing and spending time with his family.

Favorite TV Show: Gilligan’s Island. And before I could ask, he said Mrs. Howe!

Favorite Musical Artist: The Offspring – saw them for the first time in June 2019

Favorite Sports Team(s): Scott’s an artist – he wouldn’t know a football (or a soccer ball) if it hit him the head! It’s odd that his favorite movie is about hockey!

Something About Scott You May Find Surprising:  Scott is a very talented artist. He draws caricatures of all of his co-workers, and in fact, even drew the company Christmas card! If you’re ever in the shop, you should ask to see the cartoon wall. He has drawn cartoons of many of the strange happenings around here.

Scott’s Dream Vacation?
Scotland – for the golf?  Nope, that’s  a sport….see above.

If Scott could have any job for a day: A cartoonist, or maybe more specifically, a cartoonist for Mad Magazine. Scott’s favorite artist is Sergio Aragones who was a major contributor to Mad Magazine and creator of the comic book, Groo the Wanderer.