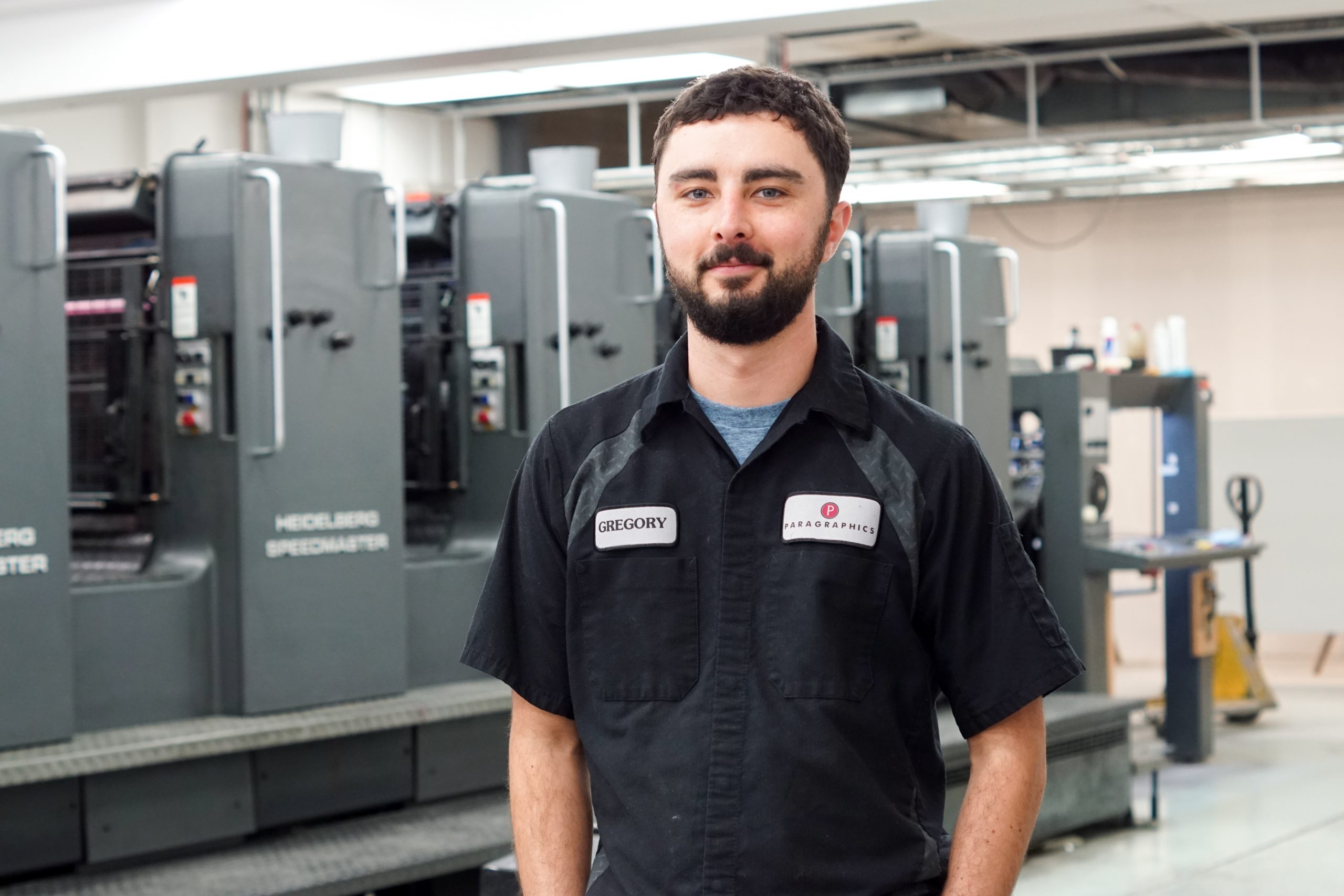 Family:  Not married, but has one sister.

Interesting Fact:  Greg was in Cleveland the night LeBron, Kyrie, and the Cavs erased a lifetime of Cleveland mediocrity by clinching the 2016 NBA Championship on June 19th. He doesn’t remember much about the night, but he knows he was there. Must’ve been an awesome beer-tasting!

What is something about Greg that you would never guess?
Greg owns a one-eyed cat, that he won in a poker game. Maybe he lost the poker game and had to take the cat? Either way, Evie (the cat) now lives with Greg.

Greg’s Dream Job:  Greg has his sights set on being the head pressman at Paragraphics. He loves it here!  If it doesn’t work out he can be a beer tasting Chef?

Where would Greg go on his dream vacation?  A trip to Greece.  Based on “Favorite movie” I would’ve thought Italy for sure.  Am I right? Forget about it.