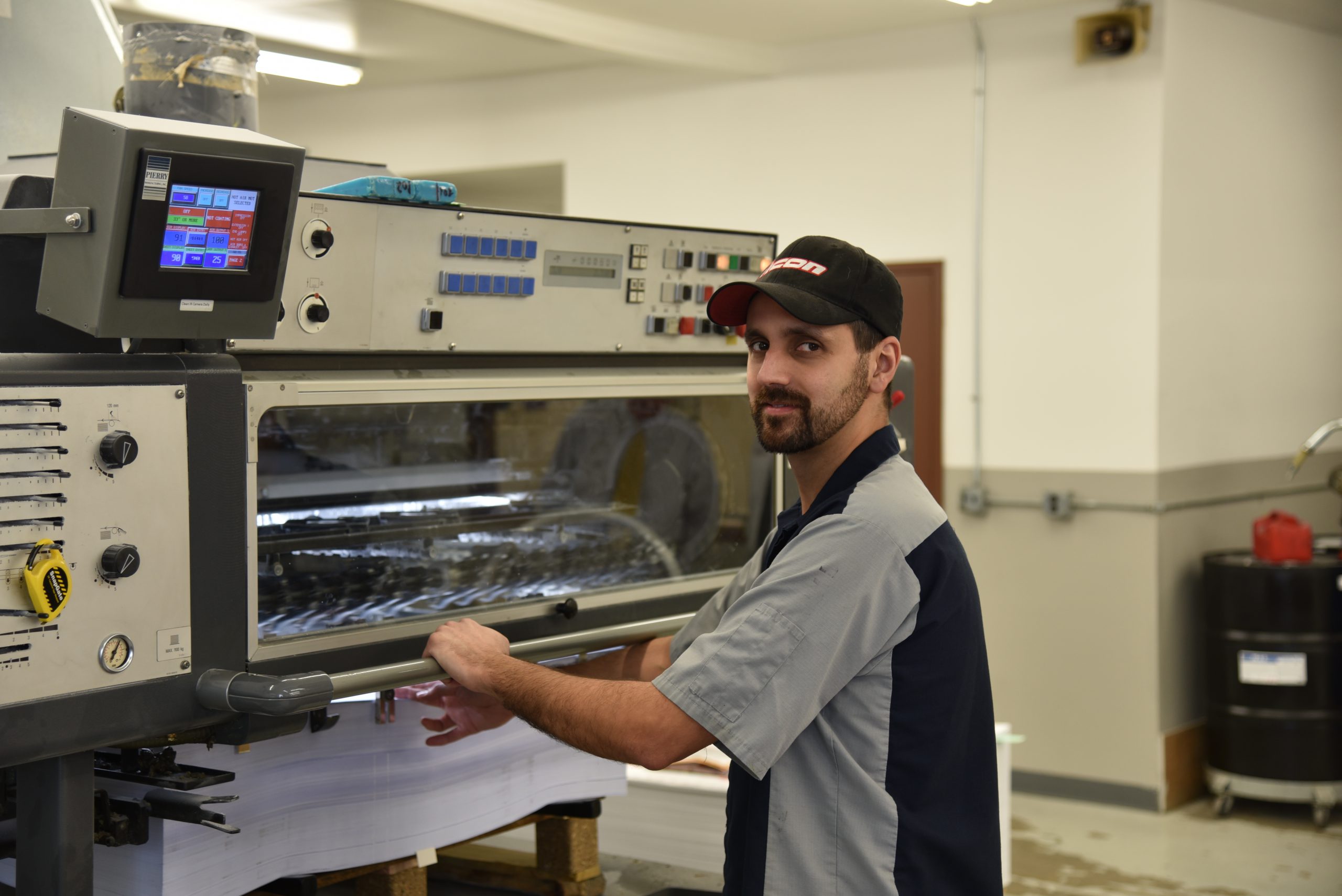 Role at Paragraphics:  Ian is the  Plant Manager. His great mechanical aptitude and exacting nature shows in all his work.

Hometown:  A graduate of Tusky Valley High School and R.G. Drage, Ian was born in Canton but raised in the Bolivar area.

Family and Pets:  Wife Tanya, sons Seth and Brandon. His family also has a Husky named “Silly Dilly” (don’t tell anyone, it will ruin Ian’s macho image at work).

What is something that you would never guess about Ian?
As a youngster, Ian was an avid go-kart racer.

What is Ian’s favorite thing to do outside of work?
Ian is an accomplished “tinkerer” with a full machine shop at home. Most of his tinkering is associated with vehicles of one type or another.

What’s the most adventurous thing Ian has done in his life?
Ian has built his own Rail Buggy that he uses for hill climbing on the weekends. So far there are no fellow employees who have signed up to ride shotgun.

What was Ian’s favorite childhood toy?
Hot Wheels, of course.

Who was Ian’s childhood hero?
His father.

If he could have any job for the day…
Ian would be a court room lawyer. I don’t know why, but I picture his court room attire being an Evil Knievel style jumpsuit.

Where would Ian go on a dream vacation?
Ian would like to go on a European Vacation (not the Clark Griswold version).